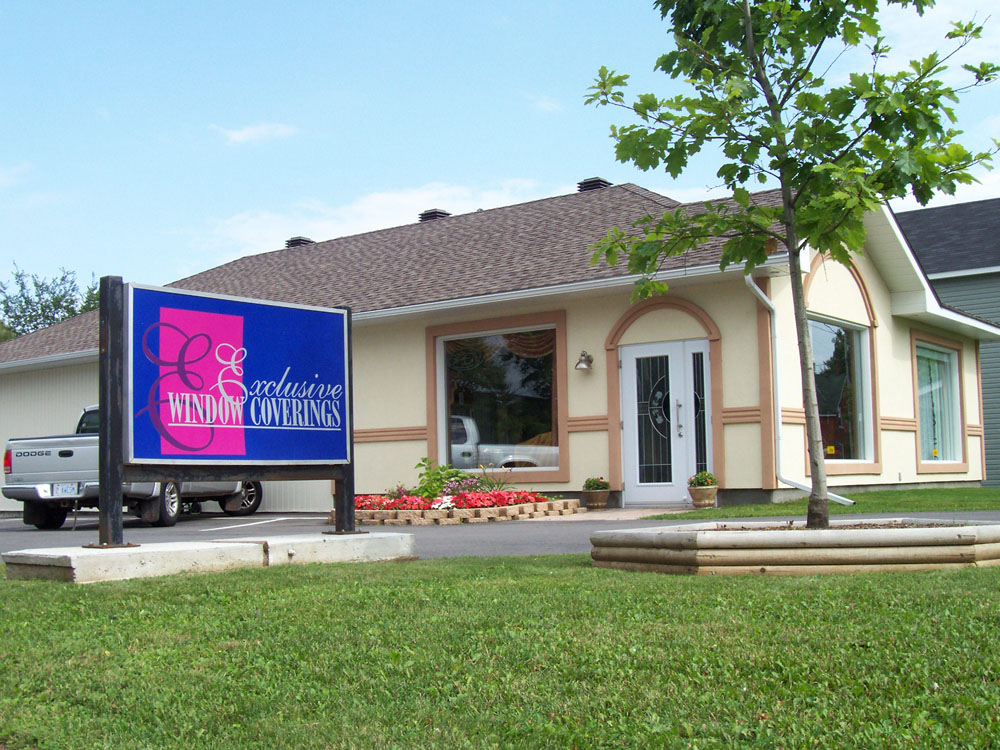 Exclusive Window Coverings has been designing and manufacturing custom window coverings for over 20 years.

We offer a wide variety of products including window coverings of all kinds, shades, pillow shams, decorative pillows, bed skirts, and more.

We supply all the hardware for your draperies needs, such as decorative rods and everything else that goes into making a house look and feel more like a home.

We also offer free estimates in home consultations and installations.

Our goal is to provide the best service we can to our customers by offering quality work and professionally created custom products.

Our online portfolio illustrates some of our custom designs; the possibilities are endless! We offer professional advice to compliment your personality, creating the atmosphere you desire

When Zita was growing up her in homeland of Germany, she had no intention or aspiration of ever becoming an expert designer or a gifted craft person, let alone someday owning a successful business of our own. However, that’s exactly what transpired when she officially opened a new window covering business in Carleton Place, appropriately named Exclusive Window Coverings.

“I was never really interested in it, but I knew how to sew. I was working for a very nice lady part-time. She had a drapery/flooring store in Pembroke and one day she was really busy in the drapery department, so she asked me if I’d help out”

Zita’s employer said that she only had to help out for about two weeks, but before the 14 days concluded the future businesswoman knew she had found her niche.

“I fell in love with it and discovered I was really good at it,” Zita explained.

Zita came to Canada in 1983 and lived in New Brunswick for three years. Afterward. she moved to Petawawa where she temporary worked as a dishwasher at a local restaurant and as a packer for a moving company. Finally, she secured the position at Pembrooke Tile, Carpet and Drapery, that eventually got her down the right path and leading her toward her destined career.

“I learned how to sew in Germany and after I started making drapes, I became interested in interior design” she said, “I love it to this day”.

After more than a decade of service, she decided to go her own way and started Exclusive Window Coverings in 2000. 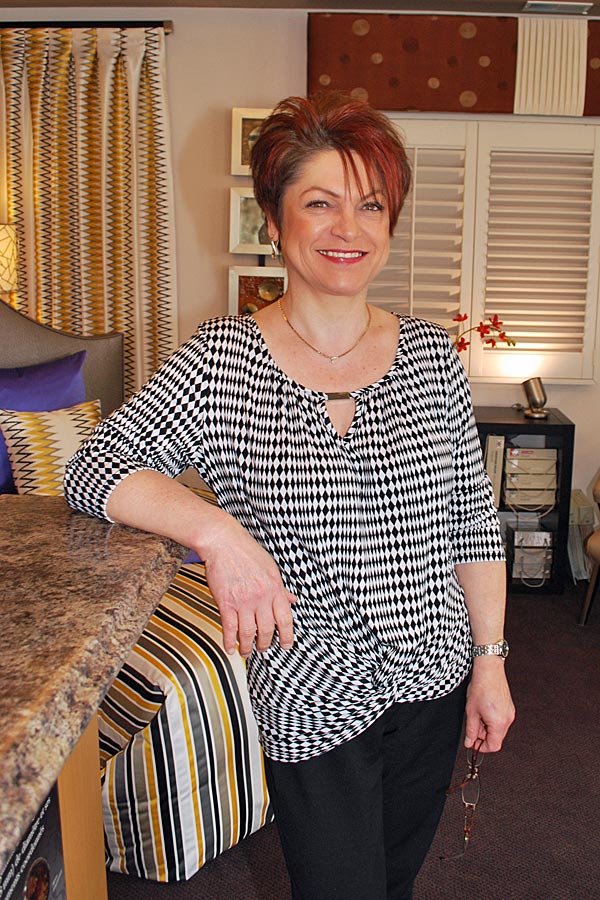 We contracted Zita to make window coverings for our new home in Almonte. She completed the various window coverings in time to install them when we moved in. Zita suggested the most appropriate coverings for each room from shutters to roman shades to sheers and drapes; and, she helped us pick the right fabrics and patterns. All were beautifully made and fit perfectly. Zita is a delight to work with, was on schedule and kept to the budget. We highly recommend her to anyone looking for professional and top quality window coverings.

Tell us more about your project and we’ll put together a custom quote to bring your windows to life. Our team delivers an exceptional experience from start to finish.

Exclusive Window Coverings is pleased to offer services beyond our showroom hours with an appointment; please contact us for more details.